I don’t want to be a speckle baby 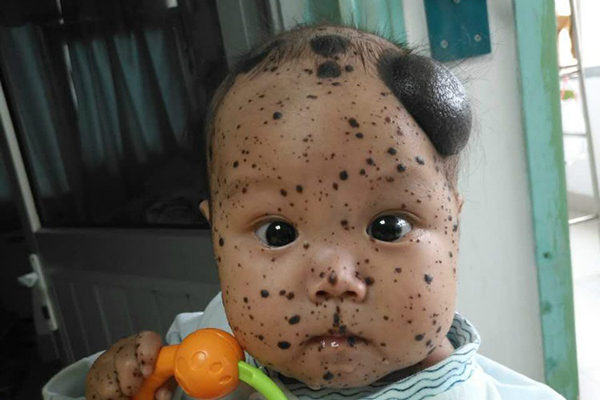 Huang You Kang was born with black patches on his body.The patches breaked when touched.It's a skin malignancy. 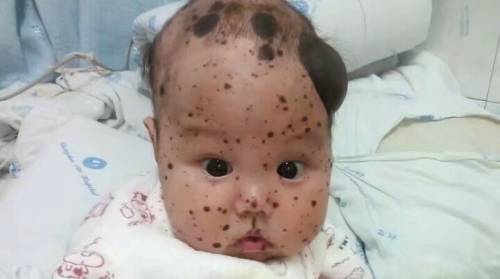 The baby is covered with pigmented naevus

His mother’s name is Wu Juanhua,living in Shi Yan Zhen Da Tang Cun ,Changshou District of Chongqing city.In November 8, 2016, a baby boy was delivered by caesarean section in a hospital,named Huang You Kang.The birth of her son, this is a happy thing,but when the family and medical staff to see him at that moment were silent.They saw the half of baby body is all black nevi skin,whole body covered with black nevi.At the beginning they thought the lentigo will slowly disappear, but a month later, the black nevi has not disappeared but more and more.They took their children to the children’s Hospital of Chongqing City.After the examination, it was a congenital giant melanocytic nevus, and another operation was performed. The tumor was malignant by biopsy.Soon the thin paper medical certificate breaked their quiet and happy life. 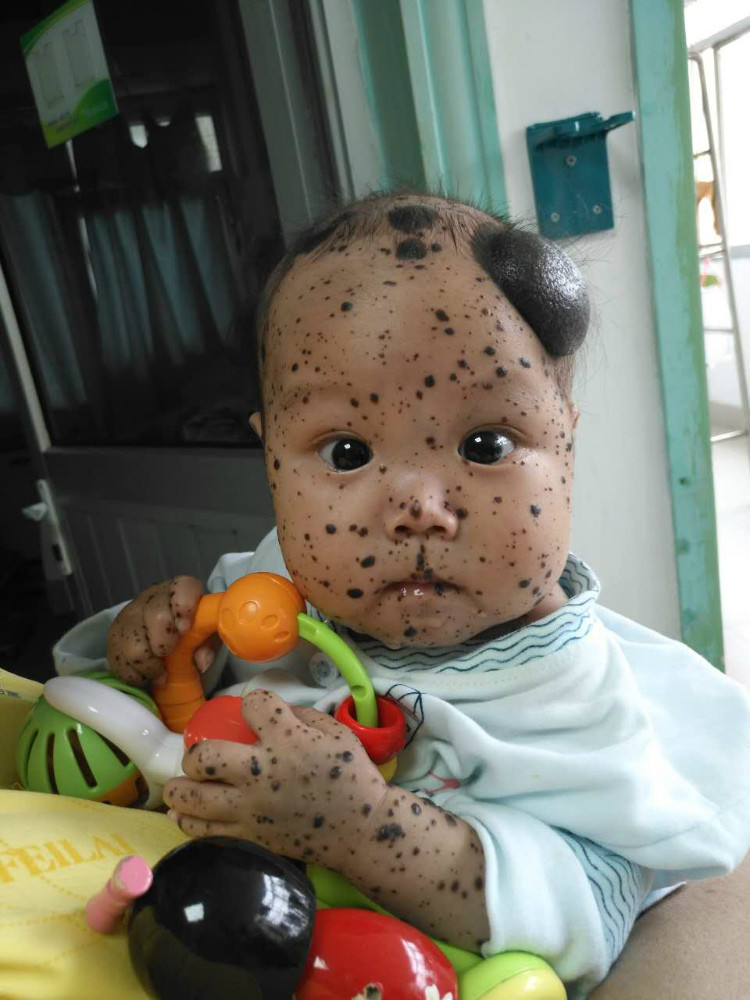 The traffic accident happened to his father

After diagnosis, the expert and professor can’t immediately give a specific treatment plan.When the baby was just a full moon, he underwent a resection because of her poor constitution.Worried about the baby’s body can not stand the next treatment,his mother took the children home.Want to let the children recover for a period of time,then perform the second operation.It never occurred to her that the baby’s father had a motorcycle accident on March 1st evening.Do craniotomy in Changshou District People’s Hospital,it has cost nearly 180 thousand yuan(27111 US dollars).He is still unconscious, memory decline, lost the ability to work, and later need a long time of rehabilitation treatment. 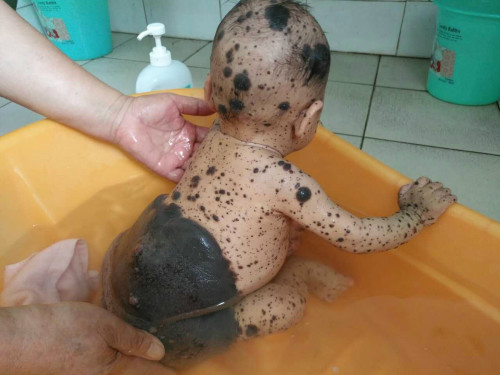 This family has three people.Before her husband had accident,Small businesses in the local, annual income of about 20 thousand yuan(3012 US dollars).After the accident of his husband,the only source of the family income was cutted off.Because of taking care of the seriously ill husband, there is no energy to take care of the children, then sent the baby to the Changshou District Hospital,take care by the caregiver.Government funded child care costs and milk costs.Now the child’s pigmented naevus has spread all over the body,the ass and the back is particularly serious.The black areas are not filled out,the surrounding skin of pigmented naevus is very fragile, a touch is broken.Later, children need skin grafting and laser treatment,this poor families just can’t afford the treatment of children,earnestly hope people to help,save this little life. 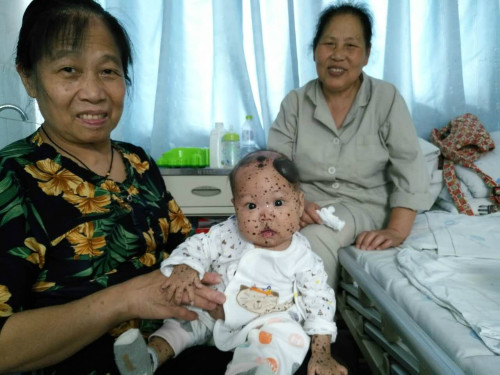 Raise money for the baby’s treatment.

The treatment cost and other management expenses is total: 80000 dollars.(Note: 10% of the total money raised by the project will be used as an administrative fee and tax,which is included in the project budget. Management fee and tax = fundraising total *10%)

Your ticket for the: I don’t want to be a speckle baby

I don’t want to be a speckle baby