Houttuynia cordata are collected from the fields and water valley, is pure natural wild herbs. 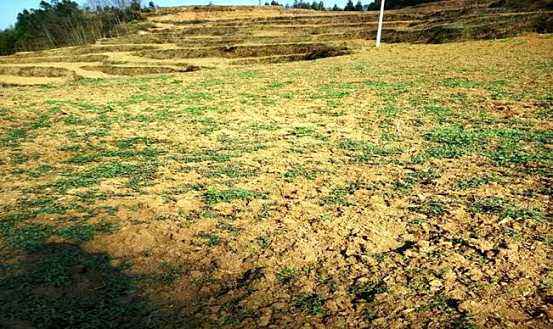 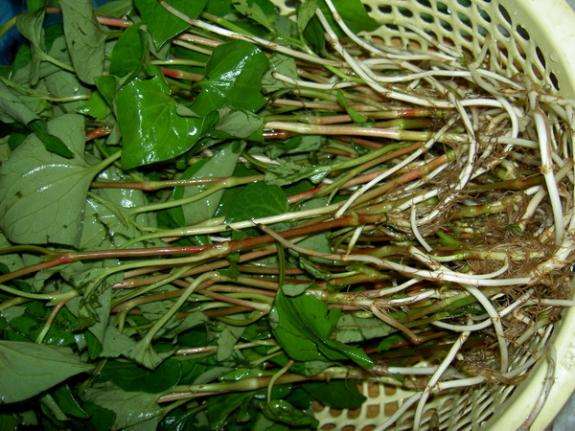 After sun drying then bundled and packaged 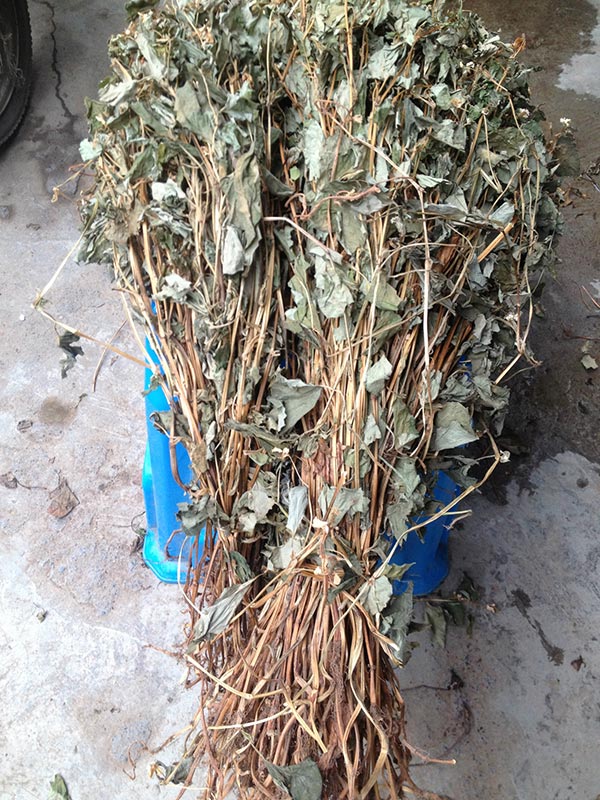 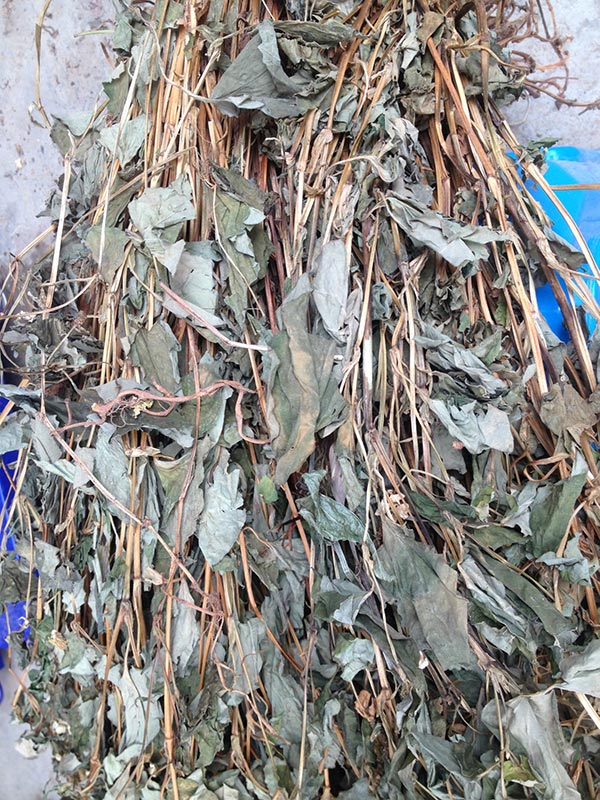 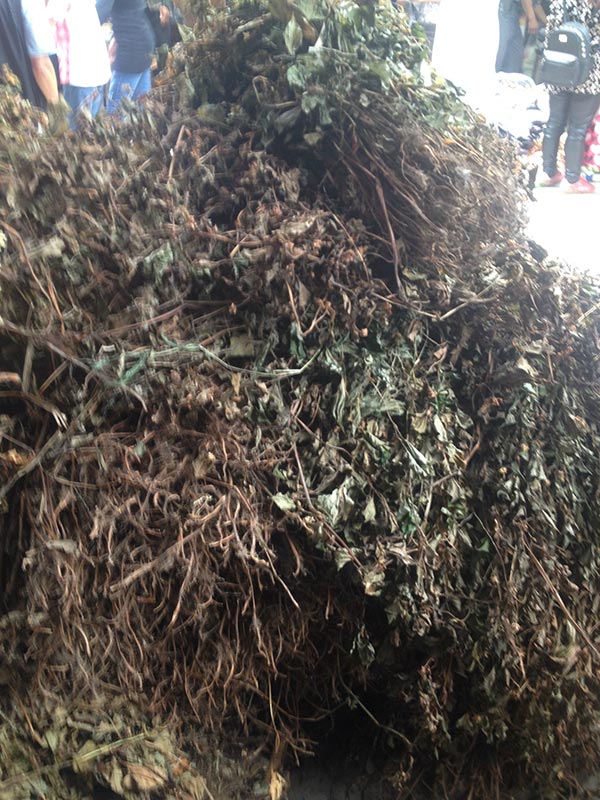 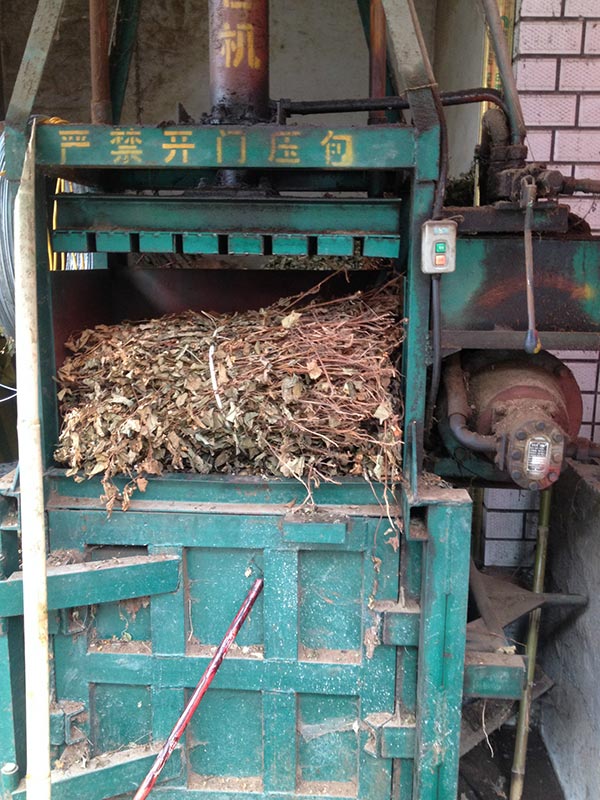 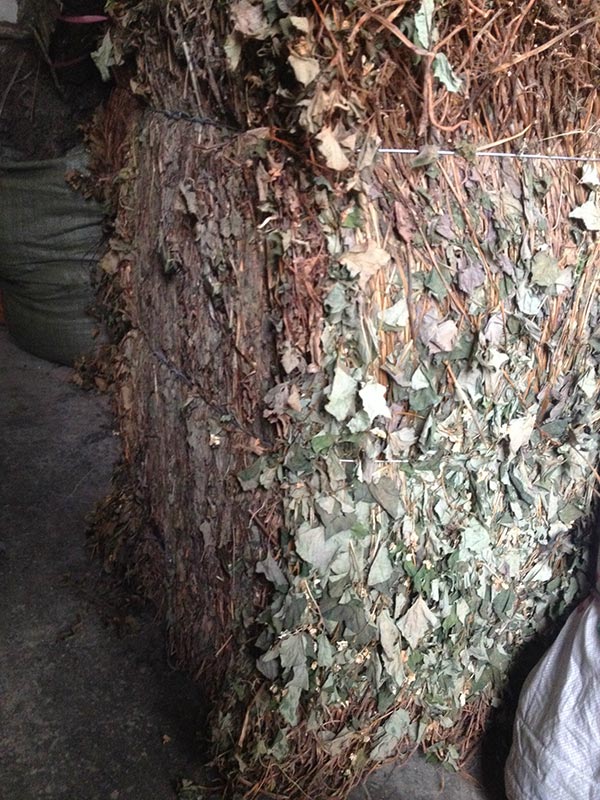 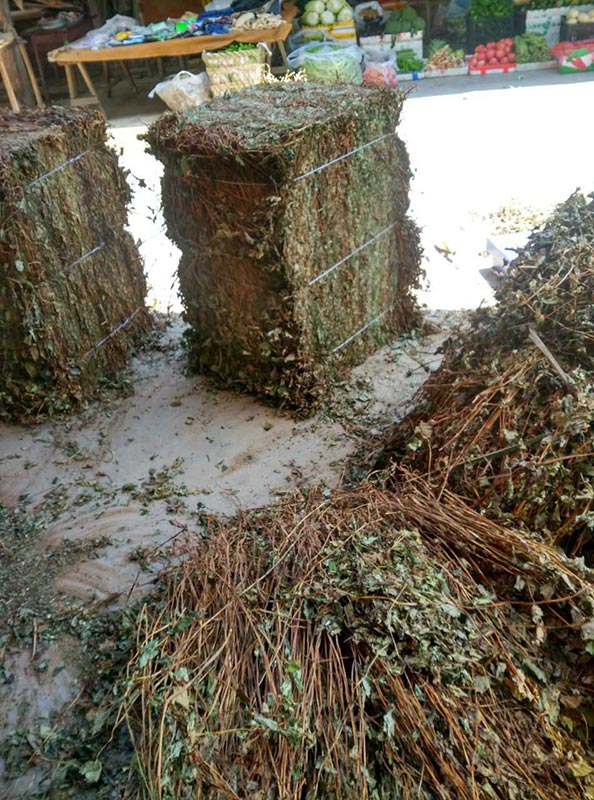 Finally sent to the workshop for shredding and drying 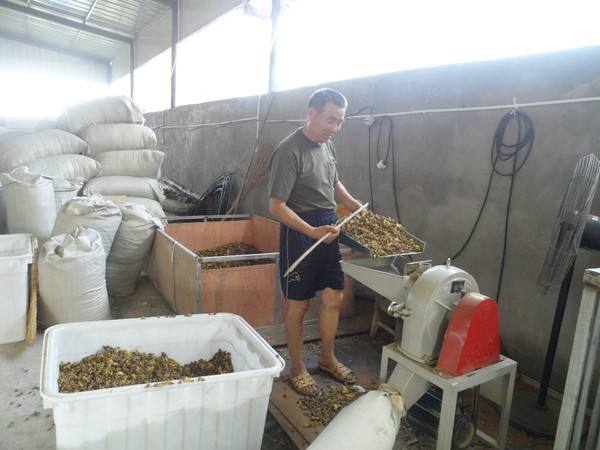 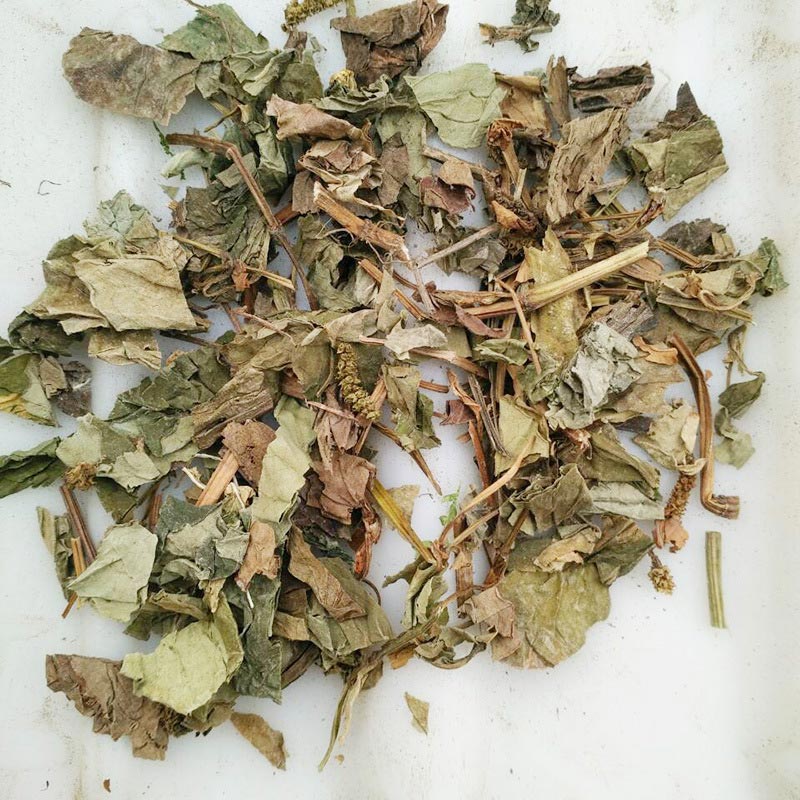 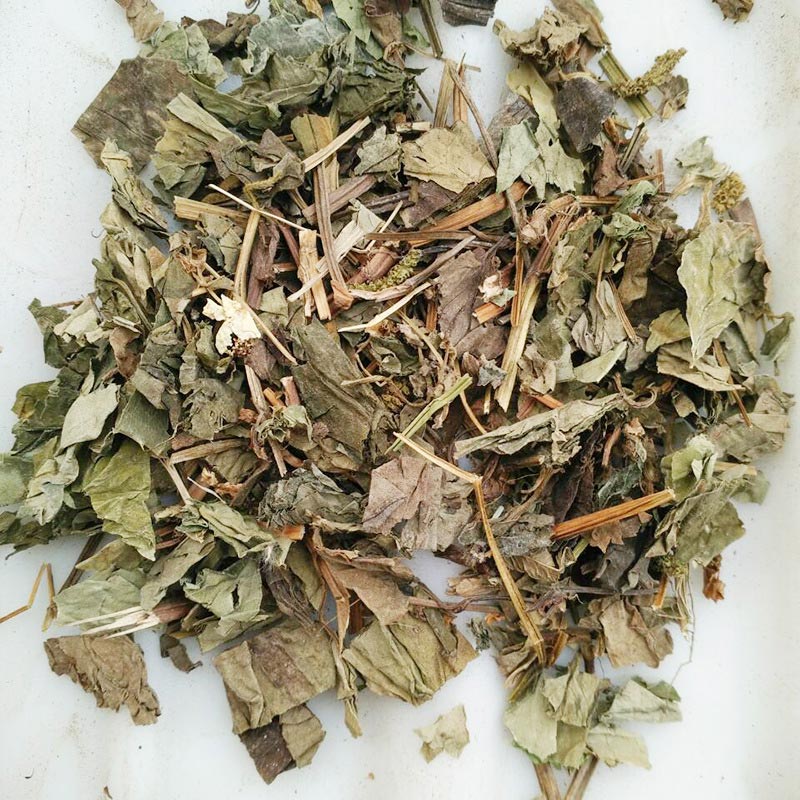 Some introductions about Houttuynia cordata from Wikipedia:

Houttuynia cordata (simplified Chinese: 鱼腥草; traditional Chinese: 魚腥草; pinyin: yúxīng cǎo; literally: “fishy-smell herb”; Japanese: dokudami 蕺草, literally “poison blocking plant”; Vietnamese: giấp cá; Lao: pak kao tong ຜັກຄາວທອງ; Thai: phakkaawtong ผักคาวตอง, ผักคาวทอง, พลูคาว; Korean: 약모밀, 어성초). In Manipur, it is known as toningkok, in Tangkhul as Ngayungna in Hmar as Aithang, in Meghalaya it is known as Jamyrdoh, in Chakma as Mosondori, in Mizo as Uithinthang, and in thadou as “Aithanglou”, Hrama in Poula. In Rongmei, it is called as “Gancmaluh”. In English, it is known as fish mint, fish leaf, lizard tail, chameleon plant, heartleaf, fishwort, and bishop’s weed. It is one of two species in the genus Houttuynia (the other being H. emeiensis), a flowering plant native to Japan, Korea, southern China, and Southeast Asia, where it grows in moist, shady places.

Culinary use
It is grown as a leaf vegetable, particularly in Vietnam, where it is called giấp cá or diếp cá, and is used as a fresh herbal garnish. The leaf has an unusual taste that is often described as ‘fishy’ (earning it the nickname “fish mint”), so it is not enjoyed as universally as basil, mint, or other more commonly used herbs.

In northeastern India, particularly Meghalaya, it is locally known as ja myrdoh and used in salads or cooked with other vegetables. In Manipur, it is known as toningkok and used as garnish over eromba and singju, ethnic side dishes. In Garo, it is known as matcha duri, the leaves used raw as salad leaf, or ground (usually the tender roots) with dry fish, chillies and tamarind into chutneys. In Assam (Assamese) it is called “Masunduri” and popular mostly among the tribes. It is taken raw as salad and cooked along with fish as fish curry.

In the southwestern Chinese provinces of Yunnan, Guizhou, Chongqing, and Sichuan, the roots are used as a root vegetable and are known as Zhe’ergen (折耳根). The leaves are also consumed.

In Japan, the beverage dokudami cha (Japanese: ドクダミ茶; literally “Houttuynia cordata tea”) is made from the dried leaves.

In order to improve efficiency, I decided to purchase one big machine for processing medicinal herbs.So I raising money here.Because of the backward economy, most of the work is done by hand，many working equipments are rather simple. 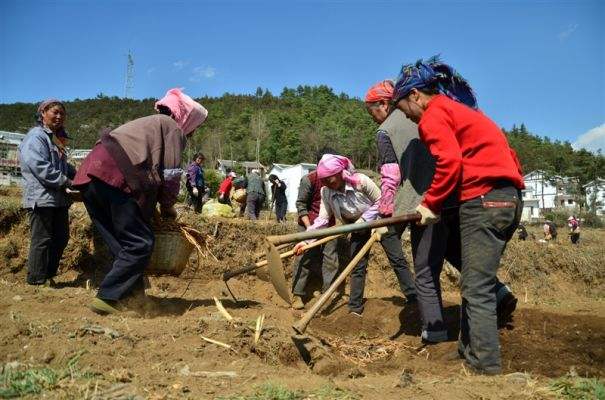 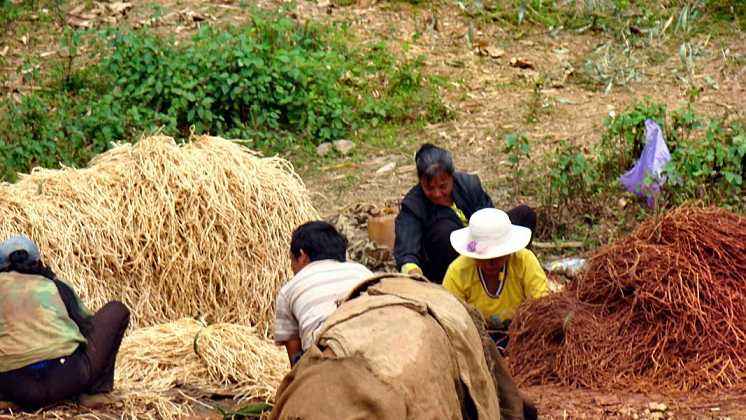 If you’re interested in our small medicinal materials business,please donate to support us.We can send you one package of Houttuynia cordata as a gift.Thank you.

The cost of buying Chinese herbal medicine processing equipment and other management expenses is total: 3500 dollars.(Note: 10% of the total money raised by the project will be used as an administrative fee and tax,which is included in the project budget. Management fee and tax = fundraising total *10%)

Your ticket for the: Start up to need one Chinese herbal medicine processing equipment of Houttuynia cordata