Save the dogs for the dog meat festival in Yulin, Guangxi Province 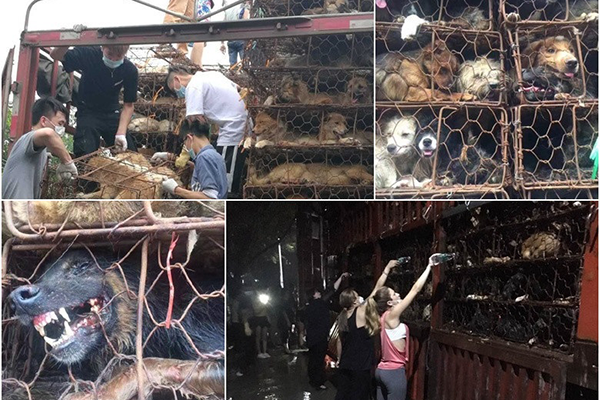 The custom of eating dog meat during the summer solstice every year in Yulin, Guangxi Province.It's a terrible festival for the lovely animals. 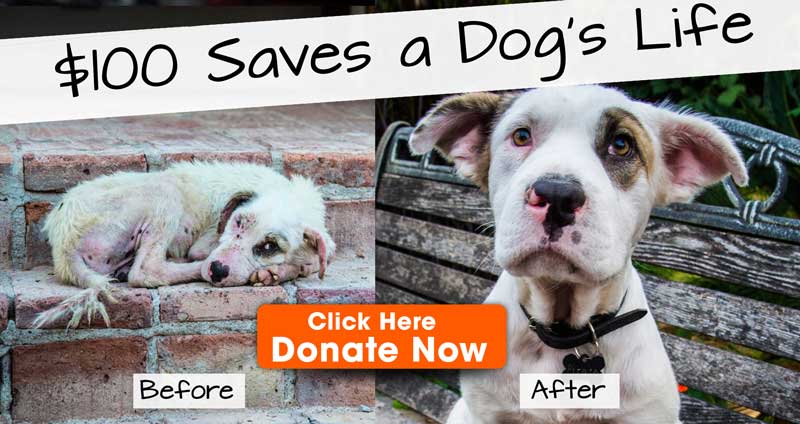 Reported in June 20th, On June 19th, Guangzhou Baiyun District, dog lovers successfully stopped a truck carrying thousands of dogs which suspected delivery for Yulin dog meat festival.According to the sources, the dog regardless of size, all stuffed in the narrow cages, causing some dogs breathing difficulties when rescued, nearly dying. 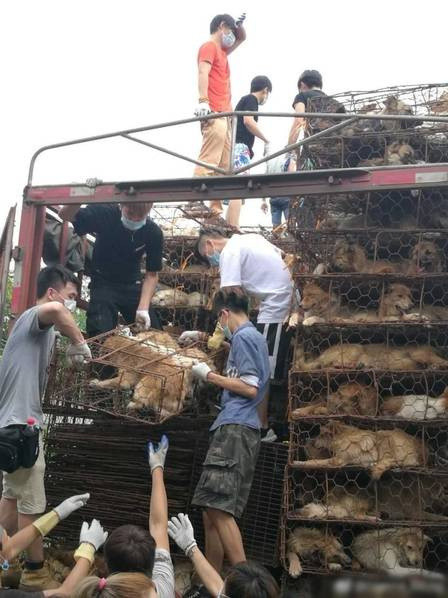 After police several obstruction, now all dogs have been sent to Guangzhou Liwan District Pet Rescue Station temporary resettlement by volunteers. But in the scene veterinary staff is a serious lack, dog lovers appeal enthusiastic public donations , also encourages them to support. 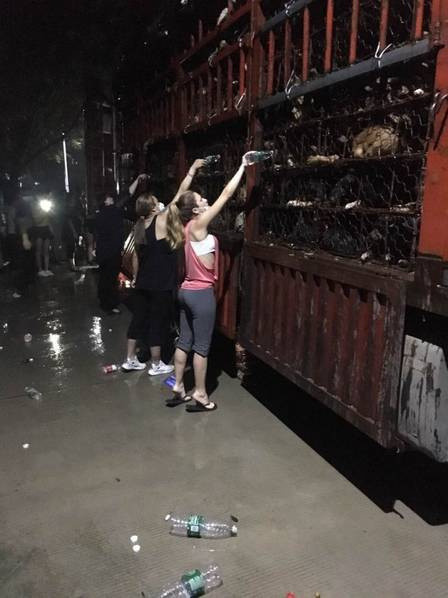 One citizen who participated in the rescue said they received a number of complaints one suspected truck laden with dogs heading for one illegal slaughterhouse in Baiyun District.They worry that the dog on the truck will be slaughtered and sent to “the dog meat festival”. 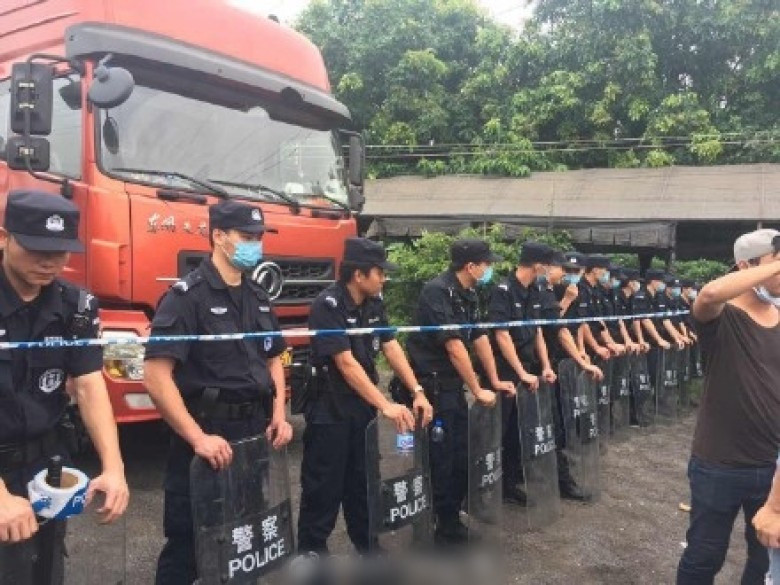 Subsequently, several dog lovers chasing, successful forced the truck stopped in road north of Baiyun District.The car was covered over 100 hencoop filled with dogs.The government animal quarantine department and the police received the report and found only one quarantine certificate but more than 1300 of the dogs in the truck.They were in violation of the relevant legislation.The car was also equipped with 6 Cat cages. 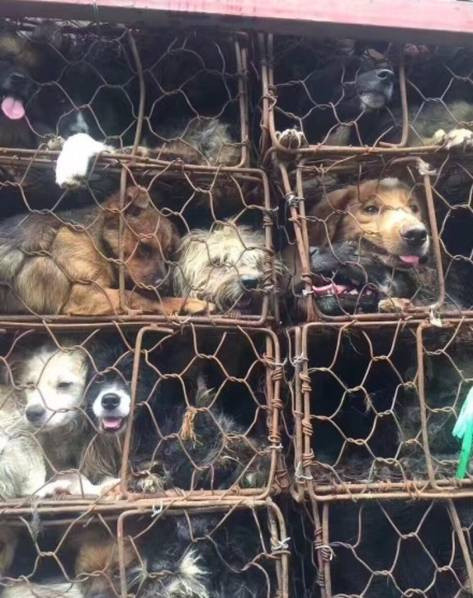 The personage in the scene said, coop only a bottle of mineral water high, many dogs can not turn around,”dogs layers compressed in cages”-one dog lovers said,some dogs can not breathe smoothly, even if the mouth bleeding continues to bite cages.”It put his nose sticking out, want to breathe some of the air.” 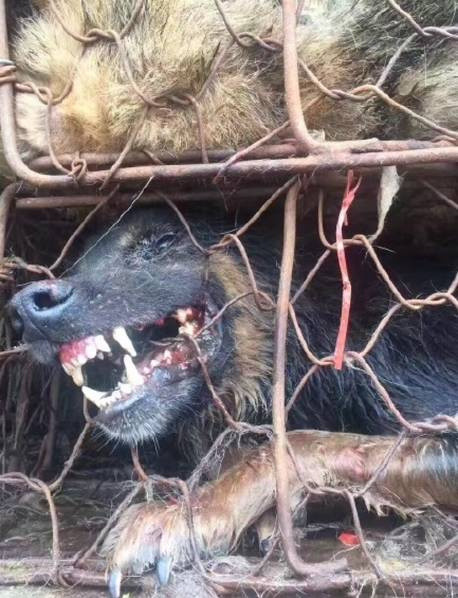 The dog lovers thought the driver signed the “abandoned dog book” can successfully rescued the dog,but did not expect the village in the first settlements thought the dogs was unknown source or origin,refused the dog lovers to remove dogs from the car.The picture shows the dead dogs. 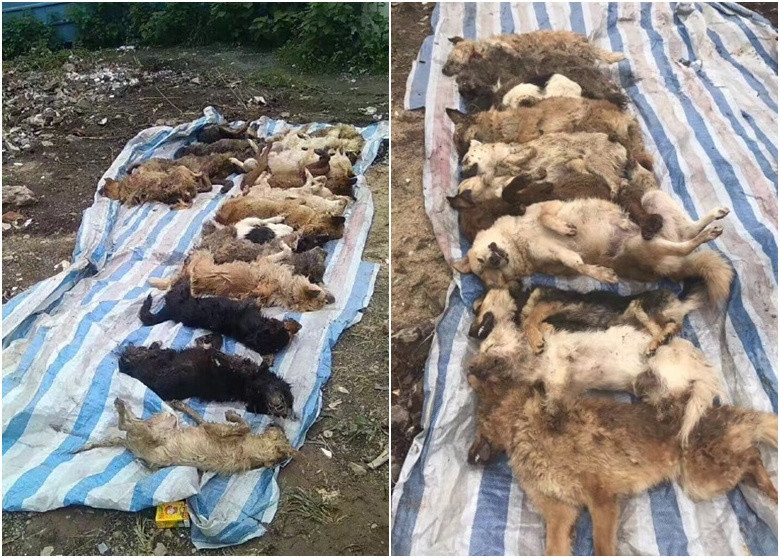 The police arrived at the scene thought the cats and dogs are private goods, pulling the cordon refused dog lovers to removed cats and dogs from the vehicle.The picture show driver signed the “abandoned dog book”. 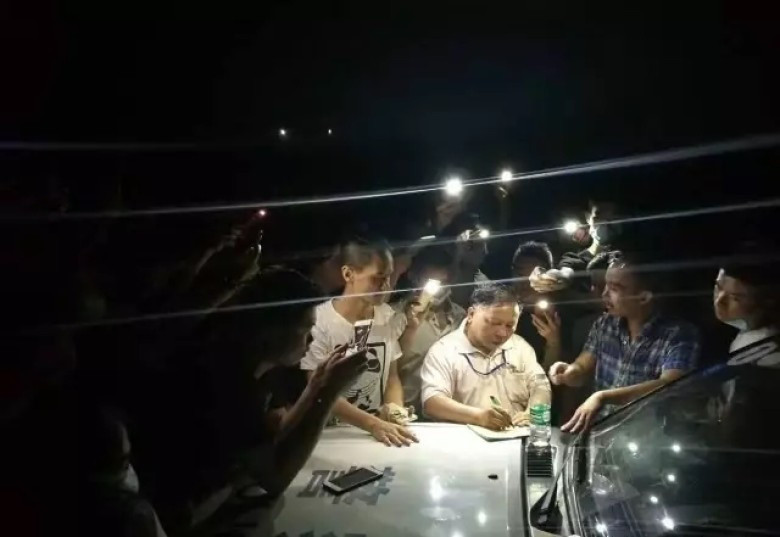 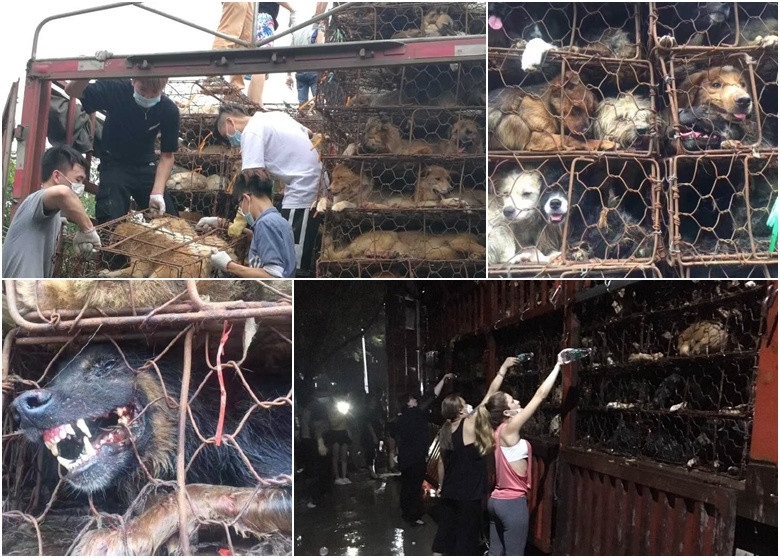 The cost of buying dogs,transportation and other management expenses is total: 15000 dollars.(Note: 10% of the total money raised by the project will be used as an administrative fee and tax,which is included in the project budget. Management fee and tax = fundraising total *10%)

Your ticket for the: Save the dogs for the dog meat festival in Yulin, Guangxi Province

Save the dogs for the dog meat festival in Yulin, Guangxi Province