Dark clouds in Jerusalem: Trump ignites the three gunpowder barrels in the Middle East. Who is collecting the mess? – Zhongxin.com – China News Net

BEIJING, May 14 (Cong Qingling) A year ago, Jerusalem was overcast, and the relocation of the United States led to a “blood day” in Palestine and Israel. One year later, the war in the Middle East was clouded, and the confrontation between the United States and Iran intensified “speaking out of the air.” Moved to Jerusalem, the limit of pressure on Iran… Since Trump took office, the United States “does not take the usual path” and frequently “ignites gunpowder barrels” in the Middle East, causing the situation in the region to become increasingly tense. What are the routines of the Trump administration’s Middle East policy? What is the connection with the 2020 US election?

A holy city: one side is celebrating, the other is bleeding

On May 14, 2018, in the holy city of Jerusalem, the United States held the opening ceremony of the embassy in Israel. Trump stepped forward the promise of running for the presidency, but it also broke the diplomatic tradition of the United States for decades.

On May 14, 2018, the US Embassy in Jerusalem held an opening ceremony, and Trump’s daughter Ivanka attended the ceremony.

In December 2017, Trump announced that he recognized Jerusalem as the capital of Israel and announced that the US Embassy will be moved from Tel Aviv to Jerusalem. He is the first American president to do this since Israel was founded in 1948. His predecessors were not “smuggling” because of the sensitivity of the disputes in Jerusalem.

Jerusalem is a holy city of Christianity, Islam and Judaism. Its status is also one of the crux of the Palestinian-Israeli peace process.

Israel occupied East Jerusalem in the third Middle East war in 1967 and unilaterally declared Jerusalem as a “permanent, indivisible capital.” Palestine, on the other hand, seeks to establish a Palestinian state with East Jerusalem as its capital. 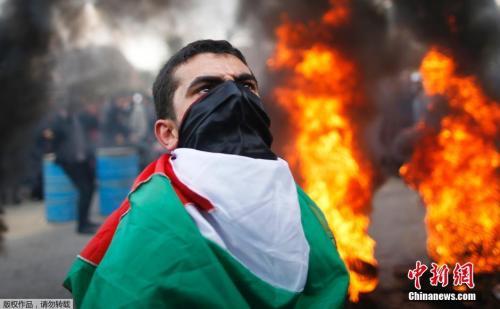 The international community is also opposed. The UN General Assembly has long passed a resolution stating that any decision to change the status of Jerusalem is “ineffective.” Many countries with diplomatic relations with Israel have embassies in Tel Aviv instead of Jerusalem. Because the international community does not generally recognize Israel’s sovereignty over Jerusalem.

The peace process between Palestine and Israel can be described as tortuous. Since the interruption of the Palestinian-Israeli peace talks in 2014, it has been stagnant. The international community generally supports the “two-state plan” and advocates the establishment of a Palestinian state with East Jerusalem as its capital in accordance with the 1967 border and peaceful coexistence with Israel. 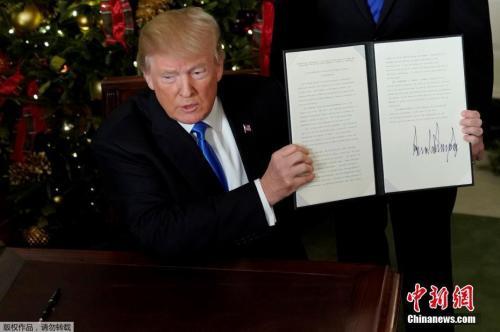 On December 6, 2017, Trump signed an announcement officially recognizing Jerusalem as the capital of Israel.

Although Trump stressed that the United States does not stand on the sovereignty and borders of Jerusalem and will fully promote the Palestinian-Israeli agreement on a lasting peace. However, Palestinian officials have unceremoniously criticized his practice of recognizing Jerusalem as the capital of Israel and moving to the pavilion, saying that the move “remained the Palestinian-Israeli peace process and the two-state plan.”

It is worth noting that after Trump took office, he began to brew a new Middle East peace plan, the so-called “century agreement.” The content of the agreement is still unknown, and the United States plans to announce the agreement in early June.

Recently, a newspaper that was regarded as the mouthpiece of the Israeli government published a report suspected of the contents of the “Century Agreement.” The analysis pointed out that if the content is true, the agreement will provide a disastrous prospect for the future of the Palestinians.

The Palestinian side has previously stated that it opposes and tries to prevent this agreement advocated by Trump because it excludes the Jerusalem issue, the Palestinian refugee issue and Jewish settlements from negotiations.

On the international front, some countries, such as France and Germany, have expressed their opposition to any unilateral approach that may change the status quo in Jerusalem and call for a solution to the final status of Jerusalem through dialogue.

Three gunpowder barrels: What is the US “ignition” in the Middle East?

The Palestinian-Israeli conflict is only part of the chaos in the Middle East. The Syrian war, the Iran issue, the situation in Libya, the Iraqi conflict… Many countries in the Middle East are currently in deep trouble or facing turmoil and contradictions. Behind some chaos, there are more or less the United States.

In March of this year, Trump signed an announcement announcing that the United States officially recognized Israel’s “sovereignty” over the Golan Heights. The Golan Heights is located in southwestern Syria and has been occupied by Israel since the third Middle East war in 1967, but the international community does not recognize the Golan Heights as an Israeli territory.

Trump’s wayward approach to territorial disputes has provoked strong opposition from the international community. He made this move as the situation in Syria has just eased, adding to the turmoil in the country. 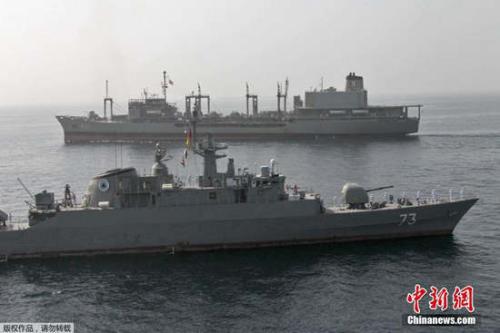 On February 22, local time, the Iranian navy began a three-day large-scale military exercise in the Strait of Hormuz and the Gulf of Oman.

The “maximum movement” of the United States in the Middle East is to confront the Iran. Since the high-profile withdrawal of the Iranian nuclear agreement in May last year, the United States has not only resumed sanctions against Iran, but has also added “limit pressure” means to exert pressure on Iran from all aspects of economy, politics, diplomacy and military affairs.

As the United States has recently increased its military deployment in the Middle East, the risk of military clashes between the two countries has increased, and the outside world has been concerned about whether the United States and Iraq will “slack the fire” in the face of fierce confrontation.

From the Palestinian-Israeli issue to the Golan Heights to Iran, the United States frequently “ignites gunpowder barrels” in the Middle East. What are the characteristics of Trump’s Middle East policy behind these “extraordinary” behaviors?

Some analysts said that unlike the Middle East policy of the Obama era, the Trump administration showed a clear bias toward Israel and a cold Palestinian position on the Palestinian-Israeli issue, and Trump tried to use Iran as the main threat in the Middle East. The establishment of a regional anti-Iranian alliance has attempted to allow Iran to submit to the situation with a high pressure.

Four more years?Taking the initiative to attack is also for the re-election of the president?

Trump’s actions to break the tradition in the Middle East are also related to his desire to fulfill his campaign promises, thus showing voters that he is the president who must speak out. 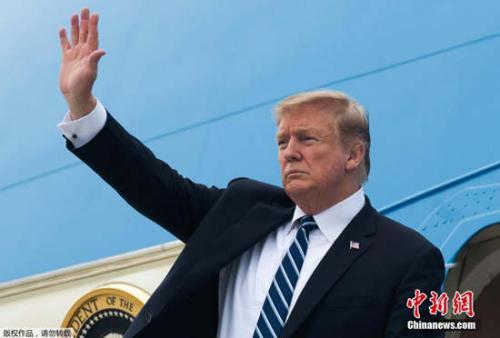 The US 2020 election has already kicked off. Trump is also working hard for re-election. In addition to playing economic cards and immigration cards, diplomatic cards will also be a major means of attracting domestic voters.

However, whether Trump can be re-elected as president of the United States and whether the Middle East policy will be adjusted after re-election is still unknown.

However, the US media analysis said that if Iranians and Palestinians have hopes for reversing the “frustration” brought by Trump, they will insist on the US election in 2020 and see if Trump is re-elected. (Finish)

Your ticket for the: Dark clouds in Jerusalem: Trump ignites the three gunpowder barrels in the Middle East. Who is collecting the mess? – Zhongxin.com – China News Net

Dark clouds in Jerusalem: Trump ignites the three gunpowder barrels in the Middle East. Who is collecting the mess? – Zhongxin.com – China News Net