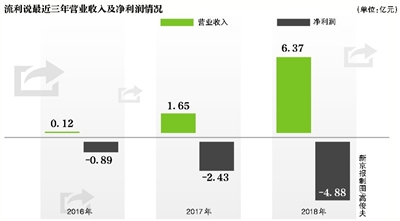 Every night at 9:00, Shumi (a pseudonym) will open a WeChat circle of friends and will be bombarded with links such as “Traditional TED Classic English Speech 21 Days” and “×× Words 96 Days”. “My friends can send more links, and they will come out at night.” Shumi told the Beijing News reporter that in the circle of friends, he often sees the punching links in the course of study. Most of the courses come from the public such as fluent reading and mint reading. Number or software. Shumi said, “I would like to see my friends learn and improve, and don’t think of these links as troubles, but it would be better if they didn’t.”

On May 13th, the official public number of the WeChat Security Center issued the “Notice on the Handling of the Friendship Circle Cards”, which was governed by the fluent reading, Mint reading, Pandora English, Rocket words and other inducing sharing products in the circle of friends. . Tencent responded to the Beijing News reporter that WeChat has been cracking down on the chain-inducing behavior in accordance with the rules. The crackdown announcement is only a public announcement of the results of the conventional strike.

1 Experiencer: I did receive the refunded tuition fee

“If I don’t have to pay for the tuition, I won’t punch in the circle of friends because there is interference with other people.” Liu Chuan (pseudonym) purchased the “100-day TED English speech on the light class public account on April 22nd.” The training camp course costs 99 yuan. Liu Chuan revealed to reporters that on the day of the course purchase, the class leader was assigned to the class, and he was responsible for supervising the punching and questioning of each student.

Another Wang Weiwei (pseudonym) who had received the refunded 199 yuan tuition told reporters that she had purchased a fluent course at the recommendation of the university roommate. The course indicates that the user needs to complete the daily learning tasks and punch in the WeChat circle of friends. After the course is over, the user will receive the full refund of the course tuition. At present, Wang Weiwei has successfully received the refunded tuition fee.

“At the beginning, I looked very seriously. I was busy with my studies. I only got a card for the return of tuition fees,” said Wang Weiwei.

2 WeChat: Cards in the circle of friends seriously affect the user experience

WeChat announced that some public entities, application software and other entities have recently used the method of returning tuition fees and sending physical objects to encourage WeChat users to share their links (including QR code pictures) to the circle of friends, which seriously affects the user experience of the circle of friends. , violated the WeChat External Link Content Management Specification. After the violations were processed, some of the subjects only changed the violations in the course introduction page, but still used various methods to lure users to share the circle of friends in the business process, and some even changed the domain name, added similar business, etc. Conduct malicious confrontation and multiple violations. WeChat in the announcement screenshots fluent, mint reading, light lessons, rocket words four products.

According to the WeChat External Link Content Management Specification, WeChat prohibits users from sharing and disseminating external content or WeChat public account articles through interest temptation, including but not limited to: cash rewards, physical prizes, virtual prizes (red envelopes, coupons, vouchers). Coupons, points, phone bills, traffic, information, etc.), collecting praise, grouping, sharing can increase the chance of lottery, the probability of winning, inducing users to share, click, and like WeChat public account articles with points or money benefits; induced from other software User sharing to a circle of friends is also a violation.

Internet analyst Tang Xin believes that the WeChat circle of friends is a relatively low-capacity ecosystem and cannot accommodate too much content. Excessive commercial promotion will affect the experience of the circle of friends and damage the core interests of WeChat. WeChat itself is very restrained on advertising content, and naturally will not allow these applications to advertise at low cost through the “curve save the country” approach.

After the experience of the Beijing News reporter, it was found that some of the public letters or APP software, such as fluent reading, rocket words, Pandora English, and mint reading, which were named by WeChat, obviously “induced” WeChat users to share their links to the circle of friends. Disappeared, but there are also public numbers that are still “punching.”

Among them, the fluent reading WeChat public number is entitled “100-day foreign language reading plan” course is provided, clearly marked on the course page “punch 80 days, full return fee”, tuition is 199 yuan / 100 days, currently normal Sign up. According to the company, the “punch” behavior in the fluent reading app can be carried out normally.

However, fluent reading released the WeChat public account on May 13th, saying that users who participate in the above-mentioned “199 yuan 100-day check-in 80-day return fee” course can receive full scholarships as long as they meet the learning conditions and do not need to punch in the circle of friends.

On the same day, Pandora’s English version of the WeChat public account also stated that users can obtain the corresponding scholarships as long as they meet the learning conditions and do not need to share the circle of friends, and the policy will be effective for all courses of Pandora English.

The promotion content of Mint Reading on the sales page has also disappeared. The reporter also found that the current Mint Reading, Rocket Words, Pandora English sales page has no obvious incentive for WeChat users to share their links to friends circle punch card related content.

4 All parties argued: Is punching counted to induce sharing?

WeChat believes that inducing sharing is an abnormal marketing behavior that seriously undermines the normal circle of friends experience and violates the relevant WeChat regulations. WeChat said that if we find behaviors such as inducing sharing, the WeChat team will handle the following: including but not limited to stopping the link content to continue to spread in the circle of friends, stop accessing the relevant domain name or IP address, and ban the sharing of relevant open platform accounts or applications. Interface; for violations that repeatedly violate violations and confrontation behaviors, a step-by-step processing mechanism will be adopted, including but not limited to lowering daily sharing quotas, restricting the use of WeChat login function interfaces, permanently blocking accounts, domain names, IP addresses, or sharing interfaces; For the personal account suspected of using WeChat plug-in and implementing user sharing through WeChat group, the WeChat account will be stepped down according to the severity of the violation.

Internet analyst Tang Xin believes that the punch-and-play model of such applications is indeed an inductive sharing promotion model and a key link in its business model. After WeChat banned the punching mode, the cost of its promotion will be greatly increased. A large number of small and medium-sized entrepreneurs will find it difficult to obtain traffic and be forced to withdraw from the market.

However, there are also views that WeChat should avoid “injury”. Meng Huixin, assistant analyst of the Legal Rights Department of the E-Commerce Research Center, said that the WeChat punching mode is widely used in the learning WeChat applet, usually based on the number of times the user punches or insists on punching as the platform. In this case, it is necessary to distinguish whether the user is voluntarily punching. How to judge abnormal marketing behavior requires WeChat to develop a set of clear judgment standards to avoid “injury” the normal operation of the platform.

Fluently speaking, it does not think that “punch card” has the purpose of “being tempting”. It is said that card sharing is more about using social means to “supervise” everyone to learn, and the sharing mode is not original, but a general operation method.

“Checking cards is an encouragement. We really don’t induce sharing. What users see in the circle of friends is a form of link to the content. Clicking in it will not bring benefits to the sharer.” Fluent said the staff said that even today there is no In the circle of friends, there will be other forms of punching, such as community punching, software internal punching, etc., to encourage everyone.

Fluent said that the relevant person in charge disclosed that WeChat did not completely block the sharing and dissemination of the circle of friends.

5 fluent at the bottom: marketing costs accounted for more than 70%

The registered subject of WeChat public account “Fluent Reading” is Shanghai Fluent Information Technology Co., Ltd., which was established on May 17, 2013 and landed on the New York Stock Exchange on September 27, 2018. Before the listing, the company has completed four rounds of financing. The most recent round occurred in July 2017. The Chinese Cultural Industry Investment Fund (CMC) and Shuanghu Capital led a nearly $100 million round of C financing.

Based on the total share capital of 47,952,231 shares after the issuance, fluency said that the US stocks will raise a total of 71.9 million US dollars, which will increase investment in technology, products and content, and increase investment in market promotion and user acquisition. Fluently speaking, the US issue price is US$12.5 per ADS. Since March 7, the depositary receipt price has been lower than the issue price. As of May 13, the closing price was $10 per share and the market value was $480 million.

As a company with English education content as its main product, fluently said that sales and marketing costs account for a very high proportion of total costs. In 2017 and 2018, it was 283 million yuan and 705 million yuan respectively, accounting for the proportion of operating costs. It is 79.5% and 76.1%. In comparison, the company’s research and development costs were 53.16 million yuan and 155 million yuan, respectively, accounting for 14.9% and 16.7% of operating costs. In this regard, Wang Wei said, “The company will have a lot of investment in the initial stage of development, it is a strategic investment, and it must be done.”