He Jianghai: The smooth and sustainable concept of Zhangjiakou District is running through – Beijing News 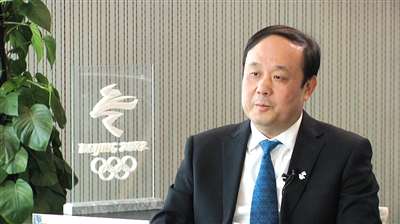 Beijing News:What progress has been made in the Zhangjiakou Division in terms of stadium construction, event service guarantee, and snow and ice sports?

He Jianghai: TheZhangjiakou Division is one of the main snow-sports competitions of the Winter Olympics, and the preparation work has progressed smoothly. In the planning and construction of the stadium, all the track design in the Zhangjiakou area has been confirmed by the International Snow Federation. At present, the Yunding Ski Park U-shaped trough, slope barrier skills, parallel large-slewing three tracks have been completed, and successfully hosted the World Cup event in the last snow season, the other three tracks will be built before the end of this year, reaching Test match requirements. The National Ski Jumping Center, the National Cross Country Ski Center, the National Biathlon Center and the Zhangjiakou Olympic Village of the Guyangshu Stadium Group will also complete the main project by the end of this year. In addition, the Beijing-Zhangjia high-speed railway and Yanchong Expressway will also be completed and opened to traffic at the end of this year.

In terms of event service guarantee, in accordance with the “three competition areas, one standard”, the protection plans for six key areas such as accommodation, catering, medical care and transportation were prepared, and the three-year action plan for improving the quality of accommodation and catering services in the city was launched. At present, 36 hotels have been selected for the first batch of winter Olympic reception hotels, and 8 medical institutions have been selected as the designated hospitals for Winter Olympics. In the next step, Zhangjiakou will spare no effort to speed up the construction of new hotels, transform and upgrade existing hotel facilities, and actively plan for talent introduction and related skills in view of the objective reality of poor hotel foreign language service ability, less Western food chefs and low medical skills of medical ambulance personnel. Foreign language training and other work.

The concept of sustainable development runs through the winter Olympics

He Jianghai:In terms of sustainable development, Zhangjiakou vigorously promotes afforestation, air pollution prevention, and ice and snow industry development. In 2018, the city completed afforestation of 6.01 million mu, and the forest coverage rate reached 50%; the air quality continued to maintain the best level in the Beijing-Tianjin-Hebei region, and the average concentration of PM2.5 reached 29 μg/m3; actively promoted by organizing the Winter Olympics. With the development of ice and snow industry, the city has built two ice and snow sports equipment industrial parks, and has signed 21 ice and snow sports equipment projects and 18 registered enterprises. At the same time, actively promote the use of new energy and build a low-carbon Olympic zone. Currently, 79 hydrogen-powered buses have been put into operation.

Your ticket for the: He Jianghai: The smooth and sustainable concept of Zhangjiakou District is running through – Beijing News

He Jianghai: The smooth and sustainable concept of Zhangjiakou District is running through – Beijing News