Shareholders, regardless of their size, have the right to participate in the general meeting of shareholders. This is originally the right granted to all shareholders by laws and regulations, but it is so despised by the listed company’s directors, not only reflects the “arrogance and prejudice” in the executives of listed companies, but also reflects The road to corporate governance is still very long. 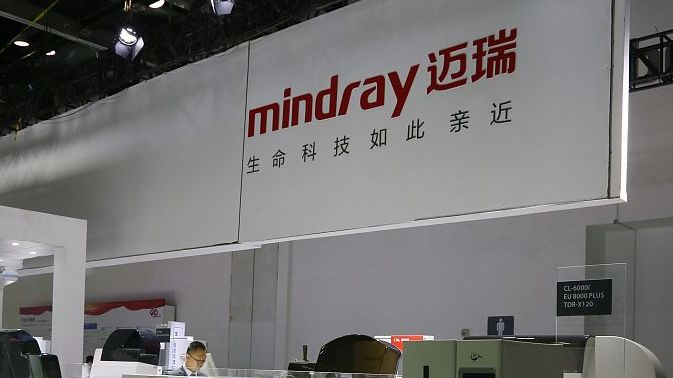 The 4 million-year-old listed company’s board secretary, “Where is the heart,” triggered market attention. After a lapse of one day, national investors have their own festivals. On May 15, the China Securities Regulatory Commission held the launching ceremony of the “5•15 National Investor Protection Promotion Day”. Li Chao, Vice Chairman of the China Securities Regulatory Commission, announced the establishment of the “5•15 National Investor Protection Promotion Day”. The actions of the CSRC fully reflect the importance that the regulatory authorities attach to the protection of investors’ rights and interests.

At the 2018 Annual General Meeting held by Mindray Medical on May 13, the director of the listed company said that “some shareholders only have 100 shares to attend the shareholders meeting, I don’t know what it is.” As soon as this statement came out, the market was in turmoil. Shareholders, regardless of their size, have the right to participate in the general meeting of shareholders. This is originally the right granted to all shareholders by laws and regulations, but it is so despised by the listed company’s directors, not only reflects the “arrogance and prejudice” in the executives of listed companies, but also reflects The road to corporate governance is still very long.

At the general meeting held on the same day, the chairman, independent director and financial director of Mindray Medical were not seen, only one vice president and the secretary-general attended. Such an important meeting, the heavyweight executives did not even attend, highlighting the listed company’s lack of attention to the shareholders’ meeting. The meeting was postponed and there was no explanation for the listed company. When on-site shareholders communicated and questioned the deputy general manager who attended the issue on the equity incentive plan, the secretary-general was either obstructed or showed impatience and terminated communication in advance. It can be said that the shareholders’ meeting held by Mindray Medical just took a walk and did not provide any valuable information to the shareholders. It only let the shareholders understand the “arrogance and prejudice” of the listed company’s board secretary and felt it. How low is the company’s governance.

In fact, the newly revised “Guidelines for Corporate Governance of Listed Companies” last year provided more detailed provisions on shareholder rights. According to the “Governance Guidelines”, the articles of association of listed companies, relevant resolutions, etc. shall not deprive or restrict the legal rights of shareholders. In the governance of listed companies, shareholders’ rights should be protected in accordance with the law, and the legitimate rights and interests of minority shareholders should be protected. Moreover, listed companies should also establish an effective communication channel with shareholders to protect shareholders’ rights to know about the company’s major issues, participate in decision-making and supervision. However, the introduction of the Governance Guidelines is one thing, and the actual implementation has become another matter. In the eyes of some listed company executives, laws and regulations are in vain.

When the shareholders of a listed company exercise their rights according to law, there are frequent discord phenomena, mainly due to the following reasons: First, the majority shareholder has sufficient right to speak, so it lacks due respect for small and medium shareholders. For example, there is a problem of difficulty in registering at the shareholders’ meeting, and the minority shareholders are not allowed to speak or refuse to answer questions from small and medium shareholders. Second, many small and medium-sized shareholders are only keen on taking the stock price difference, and are indifferent to the operation and governance of listed companies. The phenomenon of not attending, not speaking, or not voting is more common. They do not cherish their own rights and further encourage certain listings. The company’s arrogant attitude.

Your ticket for the: Mindray Medical questioned the participation of retail investors in the “heart” of shareholders’ rights and arrogance – Beijing News