The consumption upgrading trend is obvious, the investment growth rate is rising steadily, and exports continue to grow…

Since the beginning of this year, whether it is from the perspective of macroeconomic policy control or from the perspective of micro-enterprise operation; whether it is from the supply-side structural reform effect or from the published economic data, the market demand is huge and the development resilience is more sufficient. The temperament of the economic “stable” is more prominent, and the future development of the world will be even broader.

“Troika” is working hard and the economic operation is in good shape.

Recently, the release of a series of consumer data has made people shine.

In the past “May 1st” holiday, the total number of domestic tourist receptions was 195 million, an increase of 13.7% in comparable terms; 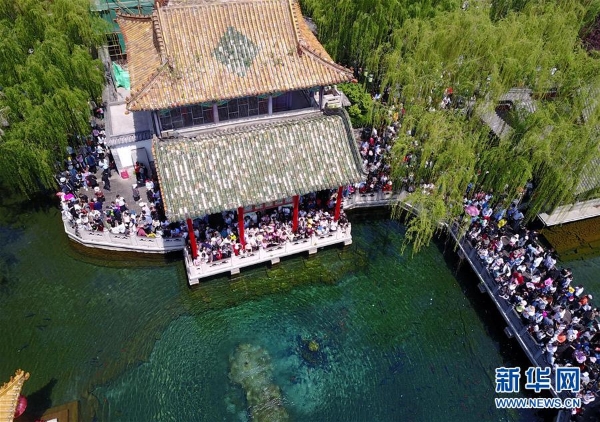 In the first quarter, catering revenue exceeded 1 trillion yuan, an increase of 9.6%…

The consumption highlights are frequent and are becoming the “ballast stone” for the stable operation of the Chinese economy. In the first quarter, the contribution rate of final consumption expenditure to economic growth reached 65.1%, and the basic role was further consolidated. 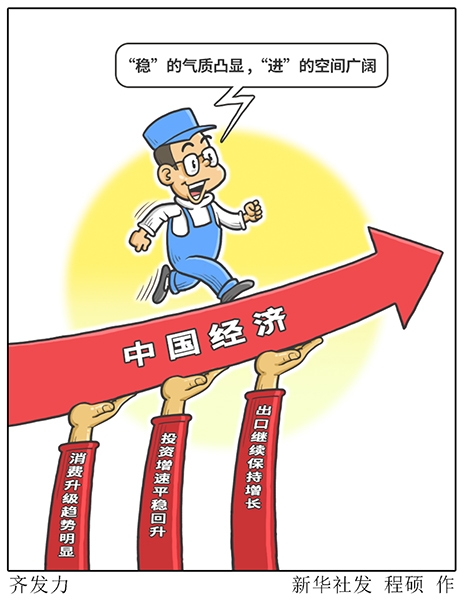 Consumption has stabilized the basic market for economic growth, and both investment and export “carriage” are also making efforts –

In the first quarter, the growth rate of China’s fixed asset investment rose steadily, up 6.3% year-on-year, and the growth rate was 0.4 percentage points higher than that of the whole of last year. The effect of “stable investment” was further revealed.

In the first four months, China’s exports were 5.06 trillion yuan, a year-on-year increase of 5.7%. The spokesman of the Ministry of Commerce said that although China’s exports are facing certain downward pressure, the overall development momentum of foreign trade has not changed.

The “Troika”, which is driving economic growth, will work together to help the Chinese economy achieve a good start in 2019.

In the first quarter, China’s economic “transcripts” highlighted the “stable” temperament: the economic growth rate increased by 6.4% year-on-year, which was the same as that of the fourth quarter of last year. In particular, the main economic indicators in March rebounded significantly, which was better than market expectations.

Wang Jinbin, deputy dean of the School of Economics of Renmin University of China, said that in the context of the severe external environment and the downward pressure on the economy, it is not easy for the Chinese economy to achieve such results. Facts have proved that the “six stable” policy has effectively promoted the smooth operation of China’s macro economy, and many international institutions are also optimistic about China’s economic prospects.

Against the backdrop of the International Monetary Fund’s (IMF) announcement to cut global economic growth expectations, China has become the only major economy to be raised this year’s growth forecast. IMF President Lagarde commented that “the world needs China, and global economic growth cannot be separated from China’s sustainable development.”

The supply-side reform has obvious effects, and the structural optimization is “rejuvenating”

“With the structural reform of the supply side, the economic structure of China continues to develop in the direction of optimization, adjustment and upgrading,” said Mao Shengyong, spokesman of the National Bureau of Statistics.

In the past two days, Shanghai has hosted the “China Brand Day” series of activities. One company has created a brand with innovation and a vivid story of brand development.

The Skyworth Group, which participated in this activity, had a turnover of over 10 billion yuan in overseas markets last year, of which smart electrical products revenue increased by 60.7% year-on-year. Li Wei, the head of Skyworth’s brand department, said: “This is precisely because the company insists on R&D innovation and builds its own brand. We will continue to follow this path in the future.”

From product economy to brand economy, from high quality and low price to high-end value chain, enterprises “embrace” the brand, showing the dual characteristics of consumption upgrade and supply upgrade.

“The supply-side structural reform is an important way for China’s economy to keep fit, which will bring about an overall improvement in the competitiveness of products and enterprises,” said Wang Xiaosong, a researcher at the National Development Institute of Renmin University of China.

Exports highlight high-tech content. In the first four months, China’s exports of mechanical and electrical products reached 2.97 trillion yuan, an increase of 4.5%; in the first quarter, the import and export of new services was 458 billion yuan, a year-on-year increase of 12.6%, higher than the overall growth rate of 10 percentage points;

The consumption structure is constantly upgrading. In the first quarter, service consumption accounted for 47.7% of the final consumption, an increase of 1.4 percentage points over the previous year, and it almost became the “half of the consumption” of consumption…

High quality development comes from technological innovation. In the first quarter of this year, the growth rate of added value of high-tech industries and strategic emerging industries continued to be higher than the overall growth rate of industrial enterprises above designated size. Some media outlets in the United States and Germany commented that technological innovation is becoming a new impetus to the Chinese economy, making the “growth story” of the Chinese economy more attractive.

High quality development also comes from the release of vitality. In the first quarter, the country registered 16 million new enterprises per day, and the country added a total of 341.1 billion yuan in tax reductions. The company continued to promote the reform of “distribution services”, continued to relax market access, and increased intellectual property protection. Go deep.

Opening the way of thinking is a new world.

Focusing on the production of sports shoes, Fujian Huaang Sporting Goods Co., Ltd. is a typical foreign trade enterprise. In recent years, the export growth rate has remained between 30% and 40%. The seriousness of the current external environment has made this company begin. Looking to the country.

“We are optimistic about the huge potential of the domestic market. Expanding this market is the direction of our efforts.” Du Yuhuang, general manager of the company, said that the company has been striving to build its own brand over the years and to extend to the entire industry chain to prepare for this dream. .

The large market of nearly 1.4 billion people, the purchasing power of over 400 million middle-income groups… Such huge potential has undoubtedly become the solemnity of the Chinese economy.

This potential is not only optimistic for domestic companies, but also a “magnet” for attracting foreign companies. Warren Buffett made it clear that China is a big market, “we like big markets.” He also said that in the next 15 years, the company may make a larger investment in the Chinese market. By broadening your horizons and aiming at high quality development, you will find new and broad development spaces.

In the first four months of this year, China’s exports to the EU, ASEAN, South Korea, and Russia increased by 14.2%, 13.4%, 7.7%, and 9.1%, respectively. The import and export of countries along the “Belt and Road” was obvious. Aiming at the “Belt and Road”, the international layout of foreign trade companies is becoming more diverse. 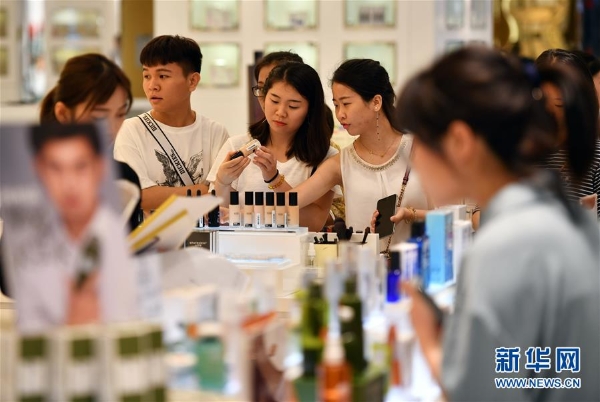 We will implement a sound foreign trade policy, encourage enterprises to explore emerging markets, increase exports of high-tech and high-value-added products, and encourage the development of new trade formats and new models… Foreign trade will become bigger and stronger.

“The good momentum of China’s economy to maintain a stable and healthy development will not change. The most important thing is to persist in deepening reform, expanding opening up, and doing a good job of doing things by yourself.” Zhang Yansheng, chief researcher of China International Economic Exchange Center, said.

Your ticket for the: The “stable” temperament highlights the vast space of “advance” – the potential of China's economic development from a fundamental perspective – Yunnan Information News