Chinanews.com, May 11th, comprehensive report, local time on May 10, the US House of Representatives fundraising committee chairman Richard Neal officially issued a subpoena, asking President Trump’s personal and business six-year tax return . The Democrat Neil announced the move four days after Treasury Secretary Nunchin refused to file a tax record. Trump had previously broken the precedent for decades, did not publish tax forms when he was a presidential candidate, and refused to disclose it after serving as president. 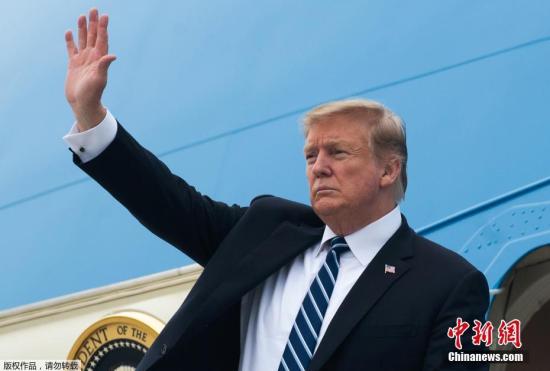 On May 10, Neil sent a summons to Mr. Muchin and the Director of the Internal Revenue Service (IRS), Rediger, asking them to file a tax return for Trump on May 17, the local time next Friday at 5 pm. recording.

“Although I don’t take this step easily, I believe that this action provides us with the best chance of successfully obtaining the materials we need,” Neil said in a statement. “I sincerely hope that the Ministry of Finance will The requested materials will be available next week so that the committee can start working quickly,” he added.

Earlier on May 6, Mnuchin officially rejected Neil’s request for Trump’s tax materials, saying that he “requires a lack of legitimate legislative purposes.” In a letter to Neil that day, Mnuchin said: “I tell you now that the Ministry of Finance may not legally fulfill the requirements of the committee.”

Neil’s move to issue a subpoena is in line with expectations. If Munuchin still refuses to submit Trump filings, Democrats may also vote that Trump government officials despise Congress. The Judiciary Committee of the House of Representatives has voted this week, and another Trump government official, Barr, who is refusing to follow the summons of the House of Representatives, has scorned the Congress.

According to reports, in the end, in order to obtain the Trump tax return, Democrats may sue the Trump administration and ask the judge to enforce the relevant provisions of the tax law, which allows certain members to apply for and obtain tax returns.

Neal first proposed on April 3, asking Trump for a six-year personal and corporate tax return. He filed a request under Section 6103 of the Federal Tax Code, and upon request, the Minister of Finance “should satisfy” the tax return request of the President of the Congressional Tax Committee.

Mnuchin had previously missed the initial deadline of April 10, saying the Treasury needed more time to make a decision and reviewed the request to the Ministry of Justice. Neil then set a second deadline for April 23, and Mnuchin also missed it, saying that the Treasury will make a final decision by May 6.

Trump made it clear that he did not want to file a tax return during the audit, and he intended to rebel against the request of Congress to provide information about his financial situation. As a loyal ally of Trump, Mnuchin had previously stated that he did not want the IRS to be used for political purposes.Go back to Sohu and see more

Your ticket for the: US House of Representatives Democratic Party officially issued a subpoena to request Trump tax information – Mobil