At the end of this year, the National Speed ​​Skating Museum will ensure the realization of “ribbon flying”. The National Aquatics Center “Water Cube” will become the “Ice Cube” and enter the comprehensive transformation stage. The national alpine skiing center and the national snowmobile sled center have completed more than half of the total engineering volume… At the time of the countdown to the opening ceremony of the 2022 Winter Olympic Games in Beijing, the newsletter continued to be transmitted from the construction site of the Beijing Winter Olympic Games Beijing and Yanqing Stadium. 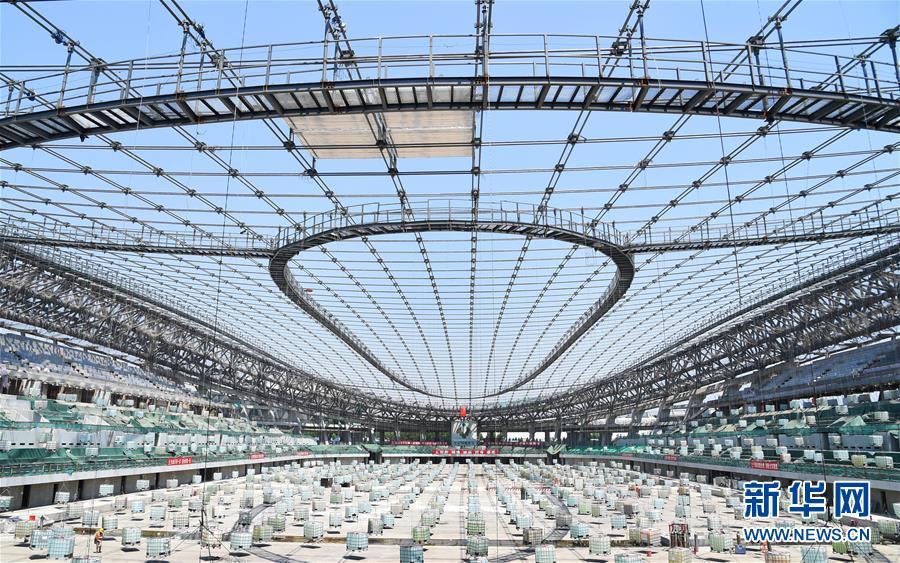 This is the construction site of the National Speed ​​Skating Hall (photo taken on May 9). Xinhua News Agency (Ren Chao)

The National Speed ​​Skating Museum will ensure the realization of “the ribbon flying” at the end of this year.

As the iconic venue of the Beijing Winter Olympics, the National Speed ​​Skating Pavilion is known as the “Ice Ribbon” for its ingenious shape design. After two years of intense construction, the building has an area of ​​about 80,000 square meters and a height of 33 meters. The large stadium that can accommodate 12,000 spectators has changed from concept to entity. 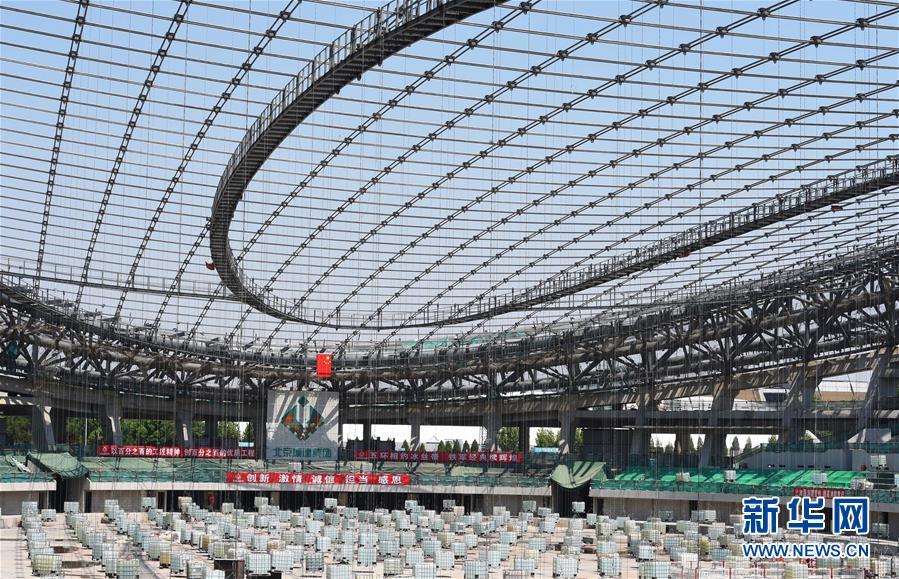 This is the construction site of the National Speed ​​Skating Hall (photo taken on May 9). Xinhua News Agency (Ren Chao)

Wu Xiaonan, Chairman of the National Speed ​​Skating Museum, said that the tensioning project for the roof cable net structure of the National Speed ​​Skating Stadium has been completed, and the roof installation, secondary structure masonry and equipment pipeline installation work are underway. He revealed that at the end of this year, the national speed skating hall will achieve “ribbon flying”.

The Beijing Dong’ao Village Talent Public Rental Project is located in the south of the National Olympic Sports Center and east of the Beijing Central Line. The geographical position is very advantageous. At the time of the competition, Beijing Winter Olympic Village will provide services for athletes and accompanying officials from all over the world. After the game, it will be rented as a talented person in Beijing, and will be allocated to the talents who are in line with the strategic positioning of the capital city.

The reporter saw at the construction site of Dong’ao Village in Beijing that the workers were working on the reinforcement of the underground structure. Qu Chen, project manager of Beijing Bei’ao Village, Beitou Group, said that Beijing Dong’ao Village is expected to achieve structural closure at the end of this year and will be basically completed by the end of next year.

The National Aquatics Center “Water Cube” is the landmark venue for the 2008 Beijing Olympics. In order to welcome the Beijing Winter Olympics, the “Water Cube” added ice function on the basis of retaining the water function. By constructing a convertible steel structure, installing a removable ice making system and transforming it into ice with four standard tracks. Pot competition venue. 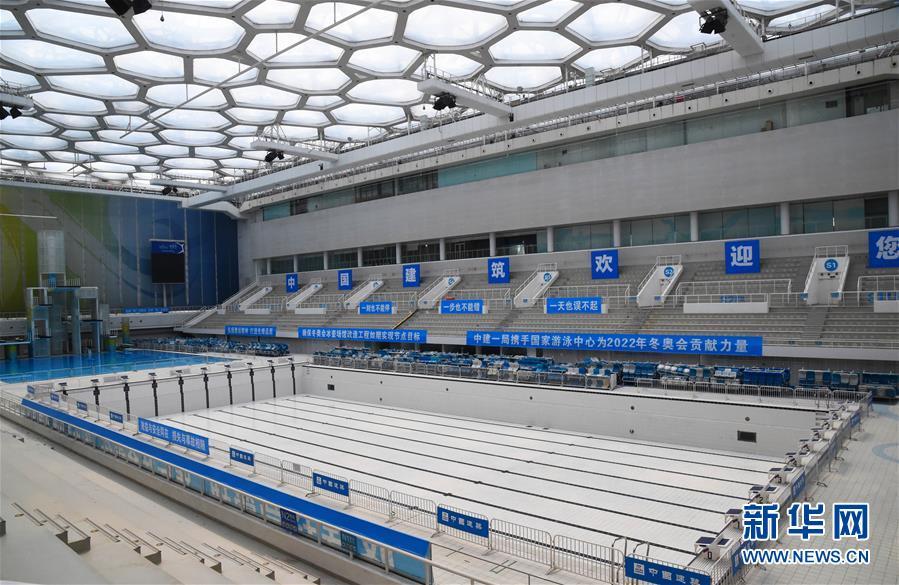 This is the construction site of the National Aquatics Center “Water Cube” (photo taken on May 9). Xinhua News Agency (Ren Chao)

Huang Hui, director of the Beijing Municipal Stadium’s venue construction department, introduced a total of 17 projects in the Beijing Winter Olympics Beijing Area, and 14 projects have been started so far. Among them, the Shougang Ski Jump and the Wukesong Ice Sports Center will be completed this year. 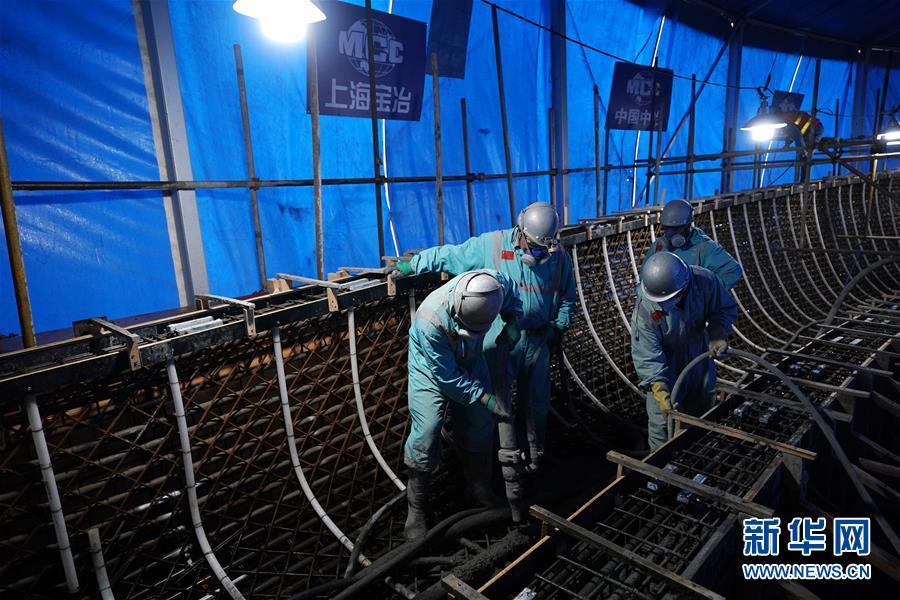 This is the construction of the track at the National Snowmobile Sled Center in Yanqing (photo taken on May 8th). Xinhua News Agency reporter Yan Huanzong photo

The snowmobile sled is the fastest race in the Winter Olympics and is known as the “F1 on the snow.” The national snowmobile toboggan track has a maximum design speed of 134.4 kilometers per hour and is extremely demanding on the construction of the track. The reporter learned at the construction site that at present, 30 sections of the 54-section refrigeration unit of the National Snowmobile Sled Center have completed concrete spraying.

Li Changzhou, deputy general manager of Beijing Enterprises Beijing Olympic Construction Co., Ltd., said that the longest section of the national snowmobile sled center has been sprayed. “This track is 70 meters long. Due to the large temperature difference between day and night in Yanqing Mountain, the project department uses heating equipment to ensure that concrete is sprayed in a constant temperature environment.”

The alpine skiing project is known as the “Pearl in the Crown of the Winter Olympics”. The National Alpine Ski Center relies on the natural topography of the 900-meter drop of Xiaohaituo Mountain and the length of the slope of more than 3,000 meters to create a track with various environmental differences. The rocky elements of the track and the high difficulty of the track will establish the position of the Yanqing Xiaohaituo downhill track in the world’s high mountain track. 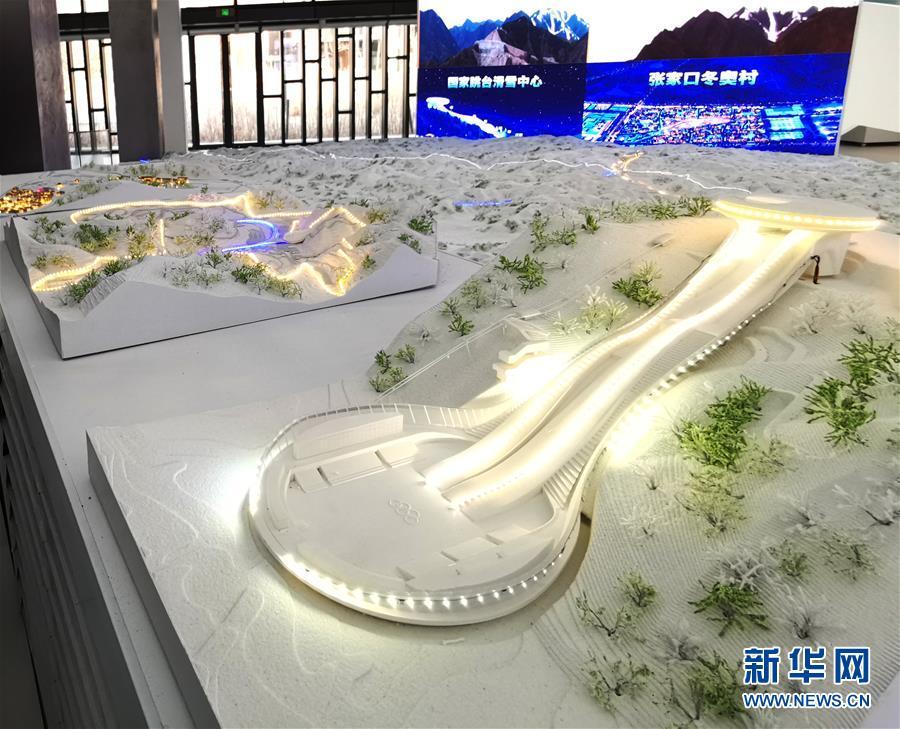 Liu Lifeng, deputy director of the Yanqing Stadium Construction Office of the Beijing Major Project Office, said that up to now, the National Alpine Ski Center has completed a total of 57% of the total workload, and the National Snowmobile Sled Center has completed a total workload of 42%. Yanqing Winter Olympic Village and Mountain News Center Earthwork and support construction are underway.

In February 2020, the FIS Alpine Skiing Men’s World Cup Yanqing Station will be held at the National Alpine Ski Center. At present, the relevant units are paying close attention to the construction progress of the national alpine ski center track, cable car, snowmaking system, etc., to ensure that the first test match of the Beijing Winter Olympics is “a hit.”

The pipe gallery project has the conditions for municipal pipelines 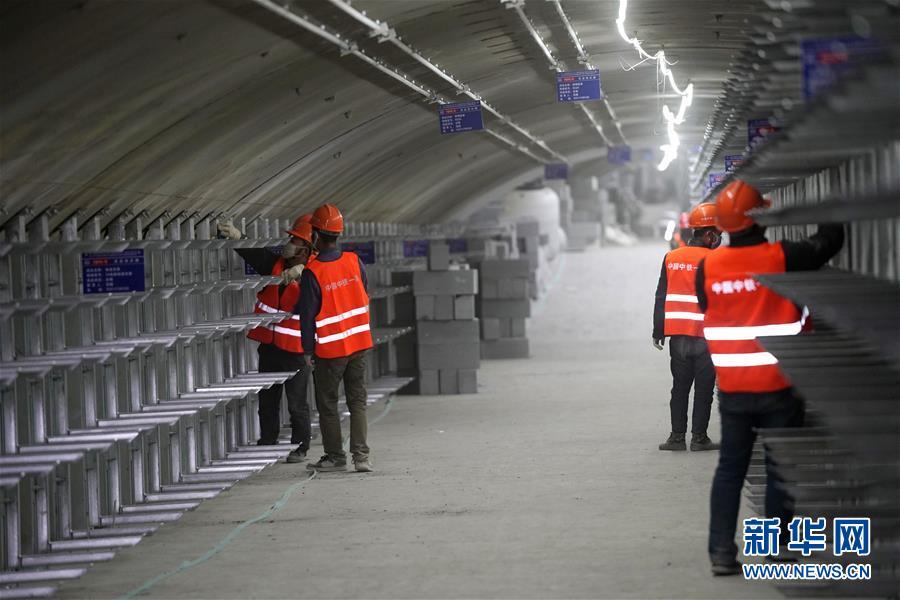 As the basic guarantee project of the Yanqing Division of the Beijing Winter Olympics, the integrated pipe gallery is known as the “lifeline” of the Yanqing Division, providing access to municipal energy access such as snowmaking, domestic water, reclaimed water, electricity, telecommunications and cable television in Yanqing. .

Han Baojiang, deputy general manager of Beijing Investment Pipeline Co., Ltd. said: “Now the integrated pipe gallery project already has the conditions for municipal pipelines, which will be put into use by the end of September 2019. The integrated pipe gallery will be completed before the construction of the venue, Yanqing The test of the Winter Olympic Games in the Division provides protection.”

In addition, with the opening of the lower section of No. 2 Road in Yanqing District, the key access to the National Alpine Ski Center site was opened, and the construction of the municipal pipe network in Yanqing District was started.

Your ticket for the: Visit the Beijing Winter Olympics Beijing and the Yanqing Division venues – China News