China New Network client Beijing May 12 (Reporter Zhang Ni) pregnant in October, once gave birth. Fertility is a level that every woman must experience before she becomes a mother, but the pain of natural childbirth is a physical and mental torture for most women.

This year, after the publication of the first batch of pilot laboratories for childbirth and analgesia in the country, many expectant mothers saw the “Dawn”. What kind of experience does childbirth and analgesia bring to the mother? What obstacles do medical institutions face when they work? Recently, the reporter walked into the pilot hospital to conduct on-the-spot visits.

There are pilot hospitals with more than 45% of labor analgesia

“There has never been a painful experience than the pain, and the body and mind are under double pressure. But after the ‘painless’, the pain has eased a lot, and the whole labor process has also been shortened.” Ms. An, who gave birth to a baby through natural childbirth in Beijing Hospital The reporter told about his feelings.

In March of this year, the list of the first batch of pilot laboratories for childbirth and analgesia was announced. Beijing Hospital is one of the 913 pilot hospitals.

“Medically, the pain is usually divided into ten levels. Burn pain is the highest level. Childbirth is between level 9 and level 10. Many people collapse because of this pain. Therefore, painless childbirth is very good from the perspective of human care. The way.” Wang Shaowei, director of the obstetrics department of Beijing Hospital, said.

He introduced that the current labor analgesia is mainly spinal anesthesia, and women who have no contraindications for spinal anesthesia can choose. But the so-called “painless” is not completely without feeling, but the level of pain is reduced to below 4 by anesthesia.

“After the implementation of analgesia, the mother can still perceive, but can sleep quietly, we hope to achieve a degree that does not affect the labor and spontaneous exercise, while the maternal can tolerate.” Wang Shaowei explained.

During the visit, the reporter learned that Beijing Hospital is one of the early hospitals in China to carry out labor analgesia. The hospital has started labor analgesia since around 2004. The current maternal and childbirth accounts for 45%-60% of vaginal delivery, which is much higher than the average of domestic sample surveys.

However, in Wang Shaowei’s view, this ratio still has a lot of room for improvement compared with some European and American countries: “The country that currently uses the best labor analgesia is the United Kingdom, with a ratio of 85% to 90%. We still have A big gap.”

The helplessness of the doctor: the shortage of manpower is still

“The frequency of labor analgesia has improved significantly in these years. One or two cases will be implemented in the past week. Now there are one or two cases almost every day.” Li Wei, the attending physician of the Department of Surgery and Anesthesiology, Beijing Hospital, described his work experience in recent years.

However, as an anesthesiologist in the comprehensive top three hospitals, the biggest challenge he and his colleagues face is lack of manpower.

“The current manpower is that two on-duty anesthesiologists are responsible for all emergency departments in the hospital. When time permits, they can take out the space to analgesia for the mother. The workload is very large.” Li Wei said.

From a medical point of view, the best time to fight “painless” is when the mother has just entered the state of labor, but Li Wei often encounters the situation, when the emergency department is busy and then go to obstetrics, it is found that the maternal cervix has been opened five or six. It is pointed out that at this time, the “painless” maternal woman will not be able to enjoy the production for a long time, so it is usually no longer analgesic.

“Because the standard labor analgesia requires an anesthesiologist and a nurse to work together, the shortage of manpower in the delivery room nurse is also a reason for the difficulty in the implementation of labor analgesia.” Li Wei said.

This phenomenon is very common in many public hospitals. According to the 2017 China Health and Family Planning Statistical Yearbook, there were about 76,600 anesthesia practitioners (assistant) physicians in China in 2016, and the number of anesthesiologists per 10,000 people was only 0.5. . According to industry estimates, the current domestic anesthesiologist gap is about 300,000. 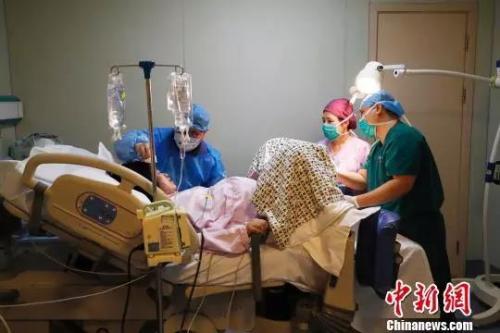 The problem that cannot be avoided: the formulation of the charging standard

In addition to the constraints of human factors, the lack of popular science education and the lack of charging standards are also problems encountered in the development of labor analgesia.

As a result, some of the labor costs are not included, resulting in many hospitals have to face the loss of helplessness for the maternal pain.

This issue has also received the attention of industry experts. Zhang Yanling, president of the Chinese Medical Doctor Association, has previously emphasized that while the pilot work of labor analgesia is promoted, the formulation of the charging standard is an inseparable problem.

He believes that how to mobilize the enthusiasm of anesthesiology and obstetrics and gynaecology personnel, while taking into account the actual development of different regions, is a topic that all parties need to discuss together.

In the opinion of the director of the Chinese Medical Association’s labor analgesia expert working committee, Wei Weidong, there is still a certain gap between the labor analgesia rate in China and the developed countries such as Europe and the United States. The relevant prices of the labor analgesia pilot hospitals should reflect this. The labor value of work, on the basis of standardizing training and quality control, effectively carry out the pilot work of labor analgesia. 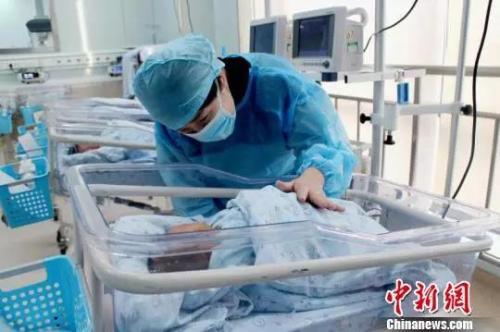 According to the notice issued by the National Health and Health Commission in 2018, from 2018 to 2020, a certain number of hospitals should be selected nationwide to carry out pilot labor training for labor analgesia.

The notice specifically stated that the hospital should provide necessary support for labor analgesia, including personnel, equipment and facilities, and necessary policy support to mobilize medical staff to carry out labor analgesia work.

On the other hand, in the medical insurance reimbursement policy, childbirth and analgesia are also expected to receive support. In the pilot program, the National Health and Health Commission required health and health departments at all levels to actively coordinate relevant departments to provide medical insurance reimbursement and other policy support for the pilot.

The hospitals that entered the pilot are also working in this direction.

Wei Tao said that considering that there are still many follow-up nursing work to be done after the analgesia, and the midwife is scarce, the department has been supplemented in terms of manpower, and some transferred personnel have been trained to better cooperate with the work. At the same time, the delivery room has also increased humane care services.

“In addition to increasing publicity in the pregnancy teaching class, we have also made appropriate transformations in the delivery room. In addition, in order to solve the manpower problem, the anesthesiology department and the obstetrics department are also jointly exploring the coordination of performance, giving labor analgesia and some inclination. Everyone’s enthusiasm.” Wang Shaowei said.

However, in the opinion of this expert, in the future, if we want to promote this work at the national level, the cultivation and training of national policies will remain indispensable. (Finish)

Your ticket for the: Visiting the labor analgesia pilot hospital: How many expectant mothers can enjoy “painless”? – Zhongxin.com – China News Net